Heroes Wood is the name given to a newly planted area of woodland in the park.

Originally this was an environmental project to increase the bio-diversity of the park by introducing a sustainable woodland which could be coppiced and allow for the growth of mushrooms.

As the project evolved it was noted that the planting coincided with the centenary of the outbreak of the First World War and continued through the seventieth anniversary of the end of the Second World War. The suggestion was made that the wood could also become a memorial to all those who had given their lives in the two world wars from the Gorton area.

Students from Wright Robinson are heavily involved in the project, and have provided research and information for the lecterns that line the pathway through the wood. 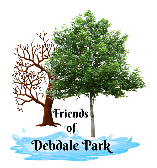 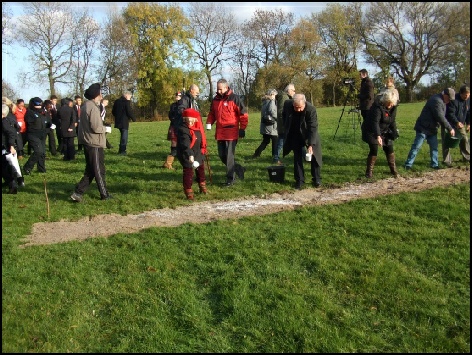 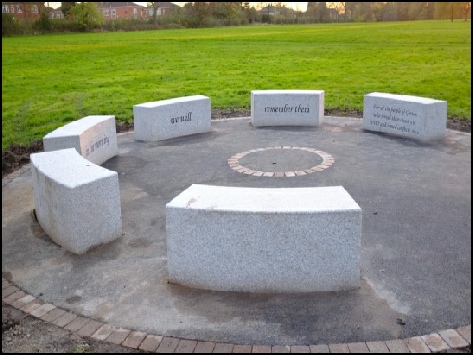 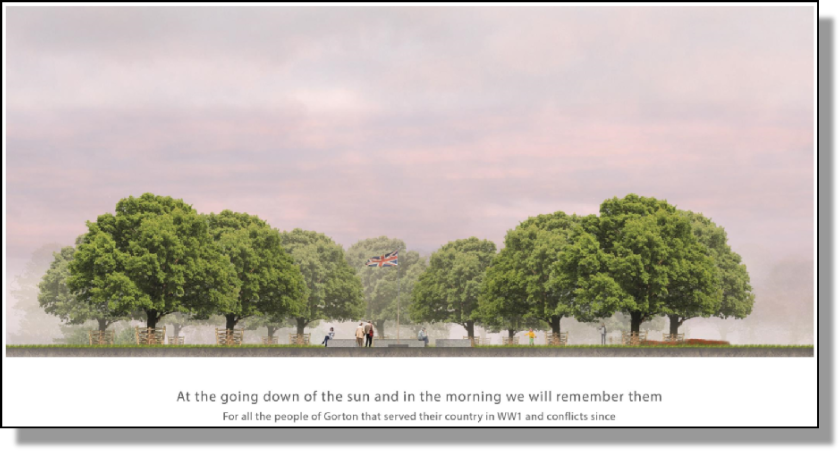 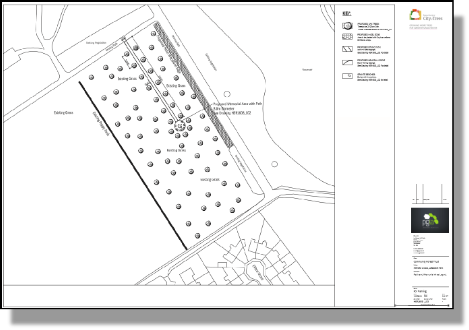 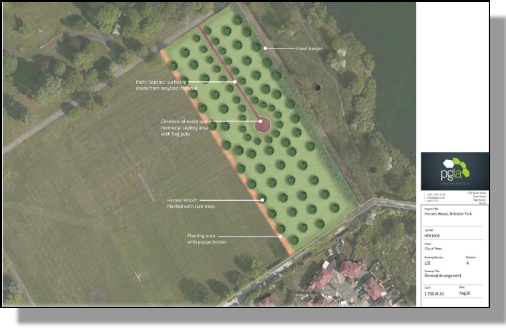 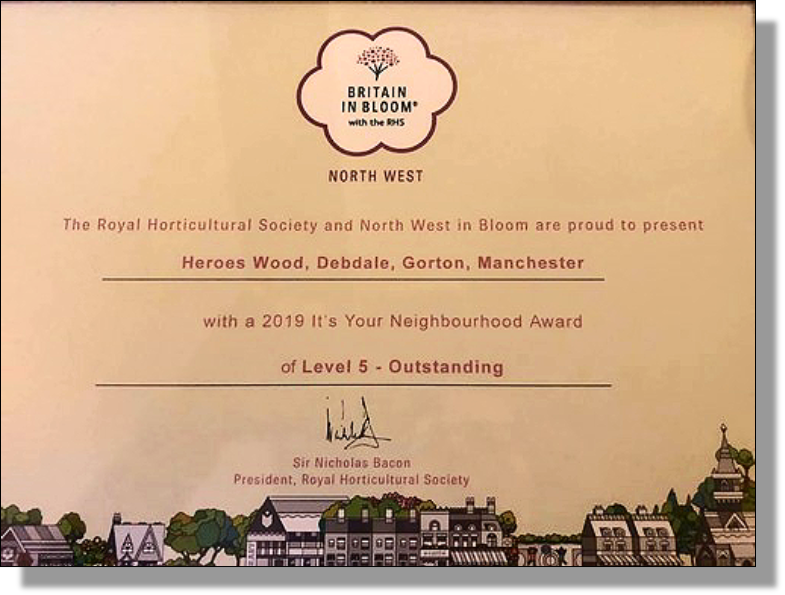 We are very pleased to announce that Heroes Wood has just been awarded the Royal Horticultural Society and Northwest in Bloom ‘It’s Your Neighbourhood’ Award - Level 5 - Outstanding.

This is great news for the project, and for everyone involved in making Heroes Wood a reality.

In addition, we were recently approached by a local coordinator of the charity ‘Walking with the Wounded’ who would like to supply a team of volunteers who will carry out regular maintenance tasks in and around Heroes Wood.  This is perfectly timed, and will ensure the current high standards are kept up in the future.